Aerial view of Aylesbury -Some time in the early 90's

These pictures were taken from a balloon trip some time in the early 1990's. The balloon took off from Weedon to the North of Aylesbury and eventually landed somewhere south of Penn just before it started to encroach onto Heathrow air-space ! 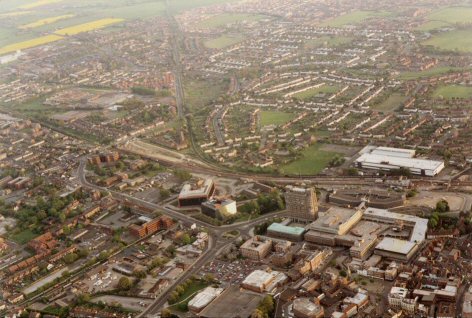 The centre of Aylesbury showing how the famous / infamous tall Buckinghamshire county Council building next to the sprawl of the current Shopping centre which replaced the 60's open drab open air arcade and square.

The white building behind the station is the former Schwarzkopf site which has recently been replaced by the Grand Central apartments development. 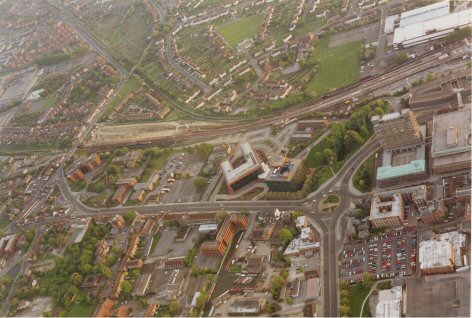 This picture clearly shows Walton Street running left to right with the famous "Blue Leanie" adjacent to the roundabout although from this angle it is not apparent that it leans.

The Millennium House office building has yet to put an appearance on Walton street and the Cattle market car park on the right is now the site of the new cinema.


This 'n That home