In these days of global warming it does not often snow in the UK but on the 8th February 2007 almost everyone woke up to a thick covering of snow.

In many upland districts of Wales and Northern England snow lay 35cm(4inch) thick, and there were reports of 15cm(4in) in some parts of the Chilterns.

Aylesbury was no exception and did not escape the snow ... 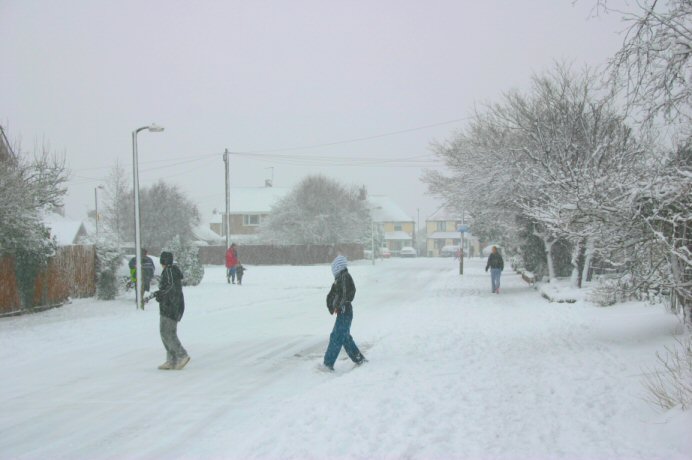 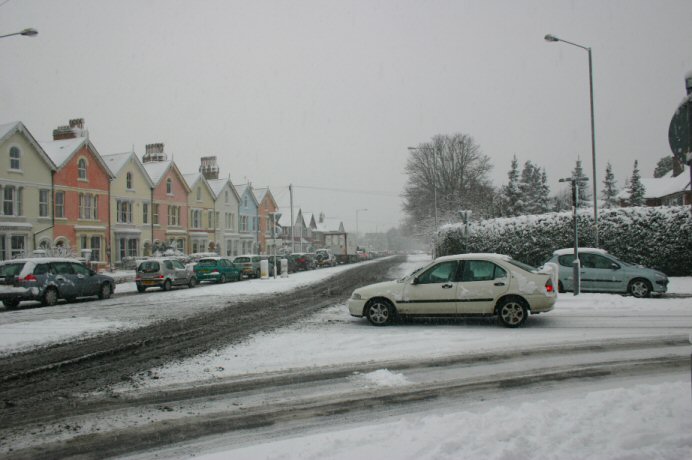 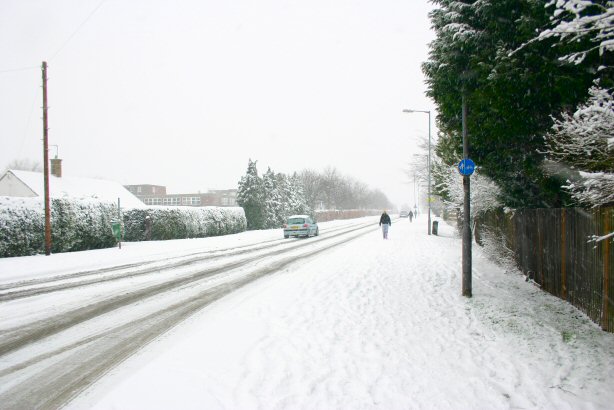 but the road to the Grange School totally quiet. 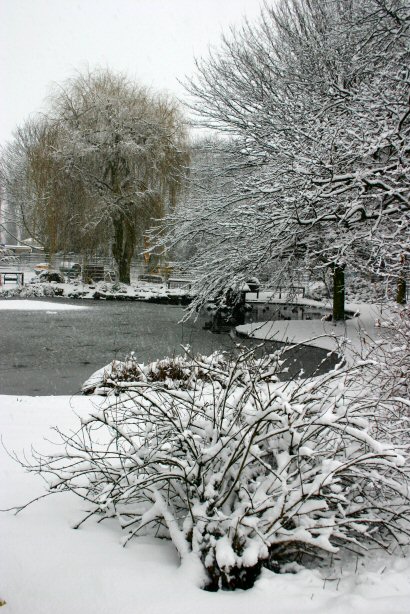 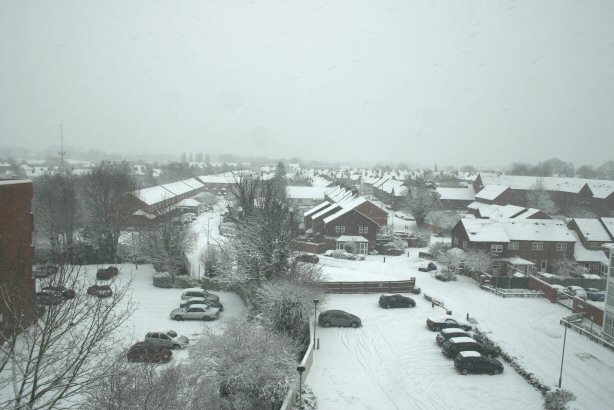 
This 'n That home