In 2005 I was asked to produce a website for the professional production of a play about Brunel and his wife (Brunel Structures) and as my biography entry in the program notes below says I was "seduced by the opportunity to design lighting for the play itself which proved irresistible ".

The picture on the right is from a scene where Mrs Brunel recalls visiting Brunel's tunnel under the Thames at Wapping.


The play was originally called Structures but this was later changed to be The Engineer's Corset.

(In 2014 it will be the 250th anniversary of the building of Brunel's Clifton suspension bridge near Bristol. It is planned to put on a production of The Engineer's Corset at Bristol as part of the celebration)

The previous time I had worked professionally in the theatre was in 70's between university and my first full time job, when I worked as a stagehand for the get-in and first few months of the 1971 production of Showboat at the Adelphi theatre  with Cleo Laine, Thomas Carey and Lorna Dallas. 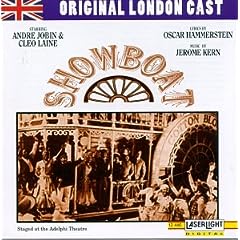